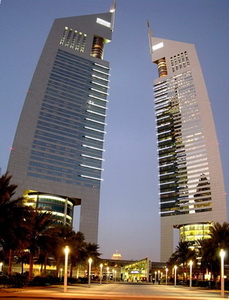 Glass is an amorphous, usually organic, transparent or translucent substance made of a mixture of silicates, borates, or phosphates and cooled from a liquid to solid state.

Typical batches include, in addition to sand and other raw materials, up to 50 percent of broken panes of related composition called waste. The waste promotes melting and homogenization of the manufacturing process.

Impurities normally in the form of iron traces cause the finished product to be green or brown. To achieve a clear substance magnesium oxide is added to counteract the effect of iron traces. And if the final product needs to be colored, it can be achieved by dissolving certain oxides and sulphides in the mix.

Carefully measured ingredients are mixed and allowed to undergo initial fusion before being subjected to full heat. In modern plants, the mix is melted in large tank furnaces heated by gas, oil and electricity.

Window panes, in use since the first century, was originally made by blowing cylinders that were slit and flattened into sheets.

In modern process the mix can be directly drawn into sheets. It is therefore not entirely uniform in thickness because of the nature of the process by which it is made.

The variations in thickness distort the appearance of objects viewed through the panes. The traditional method of overcoming such defects has been to grinding and polish the solidified mix until the distortions are eliminated.

Grinding and polishing are now being replaced by the more economical "float" process, used by many modern production plants worldwide.

The modern procedure of making "flat plates" first introduced in France in 1668 consists of rolling the molten mix continuously between double rollers.

After the rough sheet has been annealed, both sides of it are finished continuously and simultaneously to achieve the desired standard quality.

Annealing is a process in which the glass is reheated to a temperature high enough to relieve internal stresses and then slowly cooled to avoid introducing new stresses.